Gala Retail is the new commercial sponsor of Starcamp, committing to a two-year partnership that sees Gala named as the title sponsor. ‘Starcamp with Gala Retail’ camps and clubs, both on and offline, will run throughout the year, with Gala providing over €10,000 worth of prizes for participating children and their schools.

Starcamp is known nationwide for its award-winning Easter and Summer camps, which take place in more than 200 locations across Ireland each year. The past 12 months have seen Starcamp diversify in response to the Coronavirus pandemic, offering virtual club’s so children all over Ireland can continue to enjoy the learning, activities, and fun that Starcamp is known for.

“In the past, Gala Retail has shown its support for Irish schools and children, awarding large cash gifts through our ‘Gala Gifts for Schools’ initiative and partnering with Starcamp is a natural progression for Gala, as we support Starcamp in delivering its activities to thousands of school children throughout Ireland. It has been a particularly difficult year for school children being out of school and routine, and the ‘Starcamp with Gala Retail’ virtual events for St. Patrick’s Day and Easter offer some fun and entertainment with a range of activities that every family can take part in safely, from home. Gala Retail is proud to be a part of this exciting partnership that will also see Gala supporting virtual Starcamps during the Summer months.” 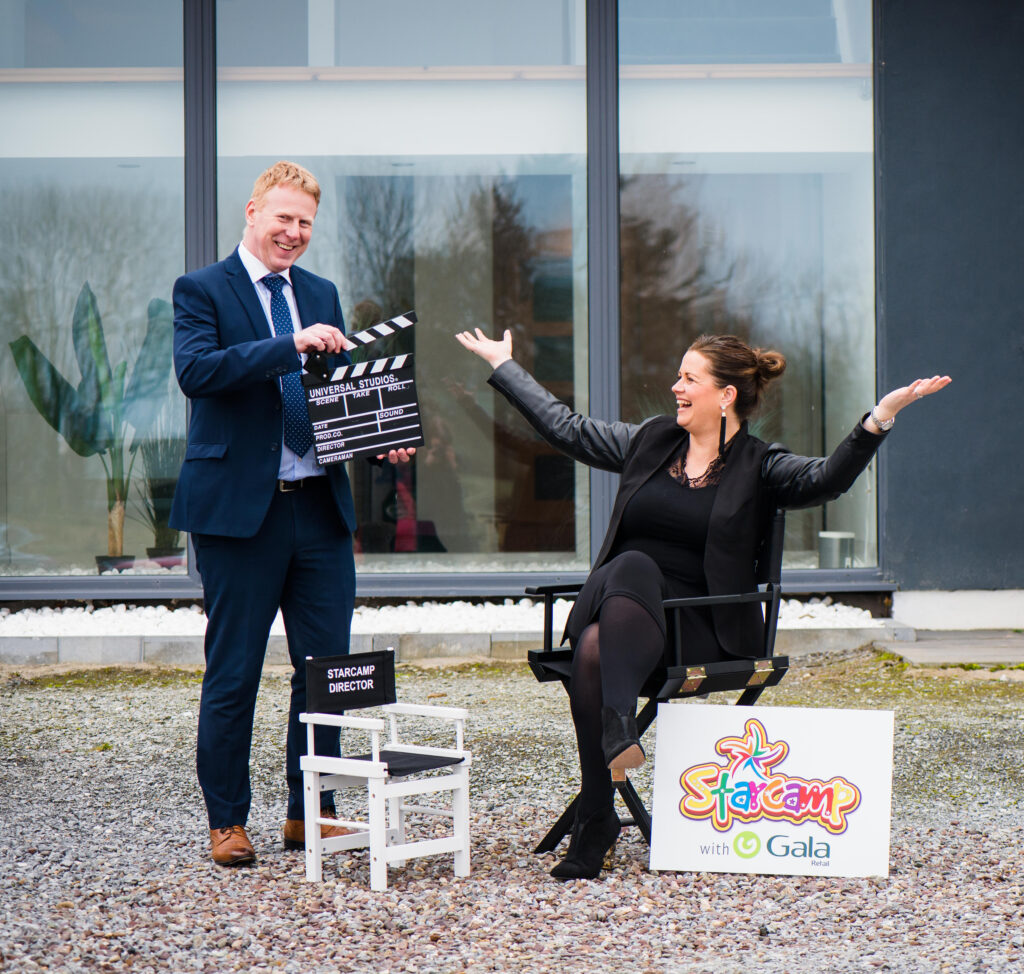 Founder and Director of Starcamp, Aideen O’Grady, is looking forward to the year ahead with Gala Retail as Starcamp’s title sponsor. She adds:

“We are very excited to launch ‘Starcamp with Gala Retail’! Gala Retail is an ideal partner for us, as an Irish-owned company with strong roots in communities across Ireland, there’s great synergy with Starcamp. Last year we launched our first virtual “at home” events for kids and we’re thrilled to be continuing that this year, while also seeing the return of our week-long Summer camp events in towns across Ireland that will run from June through to August.

“We have so many fantastic activities planned for the on and offline camps this year, including arts, crafts, baking, singing, dancing, and more; and with the support of Gala Retail, we’re offering some top-notch competition prizes for individuals and schools. We are so thrilled to welcome Gala Retail and its customers to the Starcamp family and we look forward to kicking off our first ‘Starcamp with Gala Retail’ events for St. Patrick’s Day and Easter!”

Check out Gala Retail’s social media channels to stay up to date with details on the ‘Starcamp with Gala Retail’ events planned for 2021.